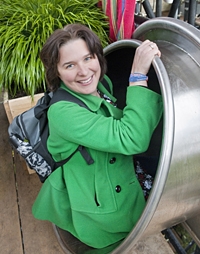 We are running a half-day pitching workshop on Thursday, 16 November, from 1:30-5pm at Fulham Palace, London SW6.

Led by Jane Perrone, the workshop assumes participants will have had some experience of pitching stories or photo features as freelancers. It aims to help delegates avoid the obvious pitfalls when pitching stories to editors and bloggers, while tightening up their ability to put together meaningful pitches with a consequent greater chance of success.

Dealing with building the pitch and avoiding the wastepaper basket, some of the areas the workshop covers include:

As Gardening Editor at The Guardian for eight years and a freelancer for magazines from M&S Magazine to The English Garden, and local media, Jane has seen pitching from both sides of the fence. She has also delivered a course on garden blogging and has mentored several people at various stages to success in garden writing.

Fulham Palace was a home to the Bishops of London from the eighth century to the early 1970s and in its heyday hosted a celebrated botanic garden founded originally by Bishops Grindal (1559-1570) and Compton (1675-1713). Notable introductions include cultivating the first tamarisk tree, the first magnolia in Europe, Magnolia virginiana, as well as other species such as the cork oak, Quercus suber, the black walnut, Juglans nigra, and maples, some of which are still represented in the grounds.

The workshop is limited to 15 people and is priced at £30 for GMG members and £50 for non-members.

To book your place, contact GMG Admin as soon as possible.