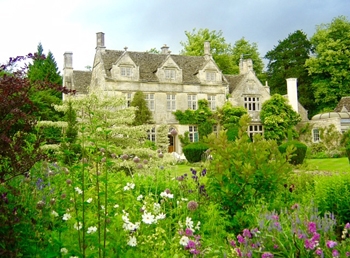 This is a real treat for GMG members, with a visit to two beautiful Cotswolds gardens.

First stop is the famous four-acre garden at Barnsley House in Gloucestershire. Created by Rosemary Verey, one of the best-known and most influential British designers of the late 20th century, this was Mrs Verey's home from 1951 until her death in 2001. With its knot garden, potager, meadows and magnificent laburnum arch (pictured right), the garden at Barnsley House became internationally renowned. Rosemary Verey also designed gardens for the Prince of Wales, Elton John and fashion designer Oscar de la Renta.

Barnsley House became a hotel in 2003 and was acquired by The Calcot Collection in 2009. It was relaunched as a luxurious 18-room hotel in 2010 and the garden is a major attraction for its guests.

Our visit begins at 10.30am with tea and coffee in the hotel. We will then tour the garden with Head Gardener Richard Gatenby, who has worked at Barnsley since Mrs Verey's day. He will tell us about the history of the garden, how it has developed and future plans for it. After the tour, Barnsley House is providing a complimentary lunch for us. 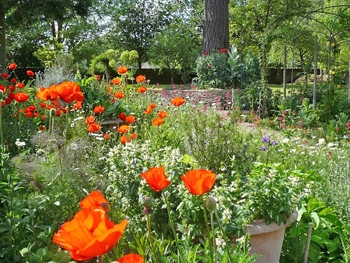 At about 2.30pm we will walk into the village and visit another Rosemary Verey garden - in fact, this was her first private design commission. Now owned by Paul and Yvonne Bennetts, who have renovated and developed the garden since 2005, this is a picture-perfect Cotswolds garden.

As numbers on this trip are strictly limited and we expect it to be very popular, we are only accepting bookings from GMG members - so sorry, no guests.

To book your place, please contact Kate @ GMG Admin as soon as possible.