Professional garden communication at its best

The Garden Media Guild's aims are to raise the quality of garden writing, photography and broadcasting, and to keep our members up-to-date with events in the world of gardening and horticulture.

If you are a member of a garden club or horticultural society looking for a speaker to give a talk to your members, then look no further than our list of members of The Garden Media Guild who are on our Speakers list. Many of our Speakers are now offering Virtual Talks.

The Garden Media Guild welcomes and supports anyone involved in the horticultural media regardless of their race, nationality, gender, sexual orientation, gender reassignment, disability, background or age.

We are an inclusive and friendly membership group, but the Guild recognises that there is a lack of diversity across the gardening media and in the horticultural sector as a whole. We are committed to listening to, and working with, our members and our colleagues throughout the industry, to ensure that everyone gets an equal opportunity to pursue a career in the gardening media and to advance and prosper in their chosen field. 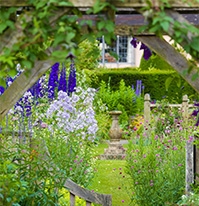 Some Words from our Members 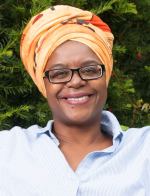 Advolly Richmond is a garden, landscape and social historian, as well as a radio and television presenter and lecturer.

I first became aware of the Garden Media Guild after they approached me to be one of their judges at the annual awards ceremony in 2017. This was a privilege which I thoroughly enjoyed, along with the sublime lunch on offer during the awards at the Savoy Hotel.

As an historian, joining the Garden Media Guild was never on my radar. To me, the Guild was for the people whose books graced my shelves and for the columnists and photographers whose work I saw in newspapers or glossy magazines. However, I was encouraged to join, initially as a probationer. Following my work with BBC’s Gardeners World and my articles for The English Garden Magazine, I quickly gained my full membership.

The Guild’s social media presence helps us all to stay in touch; for new members, a dedicated WhatsApp group enables you to find your feet with the help of mentors to give advice and answer your questions.

Many Guild members are freelancers like myself and are based at home, so our working lives are a bit like that of a hermit. However, throughout the year the Guild organises exclusive, mostly free, events up and down the country. This gives us all the opportunity to meet up and exchange ideas. The best part for me is getting access to some of the most beautiful historic gardens in the country, both public and private.

I have greatly benefited from the Guild’s gentle guidance and as a result I was nominated as a finalist in the Alan Titchmarsh New Talent Award at the 2020 GMG Awards. Being a member of such a nationally recognised organisation certainly affords you a sense of validation within your profession.