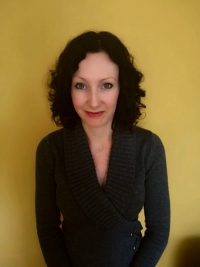 Fay is a member of the Chartered Institute of Horticulture and writes national newspaper columns, specialist magazine articles, podcasts and blogs on gardening, nature & environment. Until recently, she was senior content writer for a celebrity gardener who presents on ITV's Love Your Garden. In this role, she produced columns for a national newspaper with a readership of over 1 million people and a specialist gardening magazine with a circulation of 65,000, presentations for flower shows with a footfall of 140,000 people per year, website copy for official websites with over 150,000 page views per month and content for social media channels with a following of over 230,000. She also produced content marketing strategies and materials for some of the UK's leading home and gardening brands. Originally from an academic background, Fay began her career as a philosophy professor at Washington University in St. Louis, which is ranked as one of the top 100 universities in the world. She is co-editor of the academic volume 'Animals: a History,' which was published by Oxford University Press in 2018, and has a variety of academic papers published in top-ranking, peer-reviewed journals on the subject of ancient philosophy. Fay was awarded the Jelf Medal by King’s College London in recognition of outstanding performance and, to date, has received financial prizes totalling £80,060 in support of her exceptional research and writing. She has spoken by invitation at some of the top universities in the world, including Oxford University and Princeton University. Fay now brings her academic research ability to garden writing and podcasting, underpinning her writing with extensive research to produce insightful and thought-provoking content for her audience.