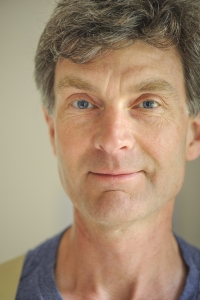 Howard has had a lifelong passion for both photography and gardening. He grew up in Chigwell, Essex and from a very young age took a keen interest in all aspects of gardening under the watchful eye of his mother. When Howard was around the age of twelve, his father purchased a Zeiss SLR camera and by allowing Howard to use it sparked an enthusiasm for photography - Howard was fascinated with the opportunity to record the beauty of the natural environment and plants that caught his eye, many of which he had grown himself. Howard holds a joint honours degree in Botany and Geography and studied Woodland Conservation at Cambridge University for his master's degree. After a short spell as a Trees Advisory Officer at Suffolk County Council, he joined a small team at the Consumers' Association where Gardening Which? magazine was soon to be launched. After a rewarding twelve years, first as a Projects Officer and then as Projects Manager, Howard escaped from his office desk in 1994 to become a full time garden photographer.

Howard lives near the centre of Cambridge with his wife, Fiona who is also a photographer and a keen gardener. They have two grown up sons and live in a carefully restored Victorian house with a tranquil walled garden. Howard and Fiona have spent ten years completely redesigning their garden which is now subdivided into compartments, including a formal lawn with herbaceous borders and topiary, a wild garden, a vegetable garden with raised beds and a period style conservatory where Howard indulges his passion for growing species orchids.